Ok. This was a deep breather. If you haven’t seen The Bobby Brown Story, you missed a lot. I mean, A LOT!! The 1st thing that is STILL on my mind about the two-part series, is finding out he was Janet Jackson’s sidepiece back in the day. I mean, come on J.J.!! As much as I love me some Janet Jackson. As much as we ALL love us some Janet mother*ckin’ Jackson, that scene with her and Bobby getting in i, made me reach for the granny pearls. Once again, proving that the chics portraying to be the “virgin Mary’s” are more like the “whores of Babylon”. I think I talked about those wolves before. So, I’m not gonna go in on Janet. I love her still…with a side-eye.

Now, on to the rest of the story. I think it was pretty good for a TV drama. There were some interesting loop holes is some of the storyline, but I get it, some of the people involved are still alive and well and willing to sue. As much as I love that Bobby

is now living his best life, I am not convinced his current wife, Alicia, was the hoe-whisperer as she was portrayed to be. Apparently, there are some articles from his sisters on their thoughts of the story. Bobby’s blood sisters who grew up with him and knows his whole story, the ​hood chics. Knowing the parents he had, you can tell Bobby came from a very tight-knit family. They will go hard for him, when needed. So, if they are not praising her as they have Whitney, it is kind of difficult for me to believe the whole family embraced her with open arms. For example, Alicia was at Bobby’s wedding to Whitney. Okay. Why was SHE the one tending to the groom and his cold-feet? That raised an eye-brow for me. I thought that was a made-up scene. Like, wtf were you doing back there in the first place? There were so many rumors of Bobby and Alicia around the end of his marriage to Whitney. All over Atlanta. You don’t know who or what was telling the truth if you weren’t there but I wasn’t convinced of her portrayal. But when you’re one of the executive producers, you can make those kind of assumptions.

Bobby can really pull them tho, right? I know every big-time player from the 80s and 90s are thinking, "He had Janet AND Whitney?!?!"

Mekhi Phifer did one helluva job playing Tommy Brown. Not just him, T.K. Carter and Sandi McCree who played Bobby’s parents were AWESOME. How many of us can say we identify with his parents? *raising hands*

Whitney’s portrayal in his story was hilarious tho. When Whitney (Gabrielle Dennis) did that crackhead moonwalk to the kitchen while Bobby was passed out on the kitchen floor, I hollered. Lort, forgive me but it was hilarious. When she showed up at his mother’s funeral and that little speech before she started singing talking about, “That’s MY mother-in-law!” Girl, bye. (no pun intended) That was a sad attempt to make Whitney look like a wack job OR make Alicia look like the savior of broken Bobby. Again, his family’s reaction to her spoke volumes. On Whitney’s interview with Oprah, Whitney talked about Bobby spitting in her face. They both talked about how abusive they were to each other. Bobby’s story makes it look like she was the one with the problem, not him. Sorry, not believing that.

I want to say this about Bobby Brown. He is a flawed man but he was always a man who lived his family, especially his kids. We are all familiar with the narrative the media wanted to lead regarding his relationships but after watching his part 2 story, I commend Bobby on his new found strength. People think or say his darkest days were during his spree on drugs while he was married to Whitney but I think it was when he got OFF drugs and had to deal with a failed marriage followed by the deaths of his mother, father, ex-wife who was actually his first real love (sorry Janet) and then his daughter with his 1st love, Bobbi Kristina. He survived all of that loss as a SOBER Bobby when the whole world was watching and waiting for him to give up on life. I think those are the moments that truly defined Bobby for me. It showed how strong he really is as a man.

But hey, what I think doesn’t matter. It’s his truth and how he chose to tell it is his damn business. He’s the one who have to answer to Whitney when he’s called Home tho. 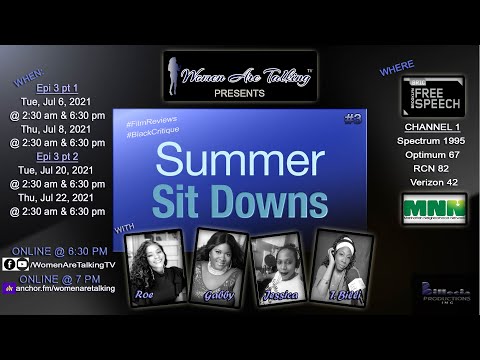 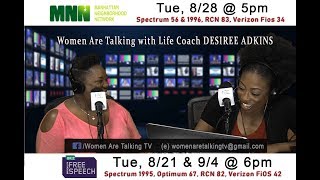